One of the things that kiwi citizens are very proud of is the fact that a lot of their electricity comes from renewable sources. They also really don’t like nuclear energy, but that’s another blog post. The geography of New Zealand lends itself to being a prime candidate for lots of hydro dams, which is what powers most of New Zealand.

A look into the power plants in New Zealand, I limited myself to a group of 67 of them, ones are that are large enough and grid connected. There are many other power plants that I didn’t look at because it would’ve required more work on my part to figure out their details. 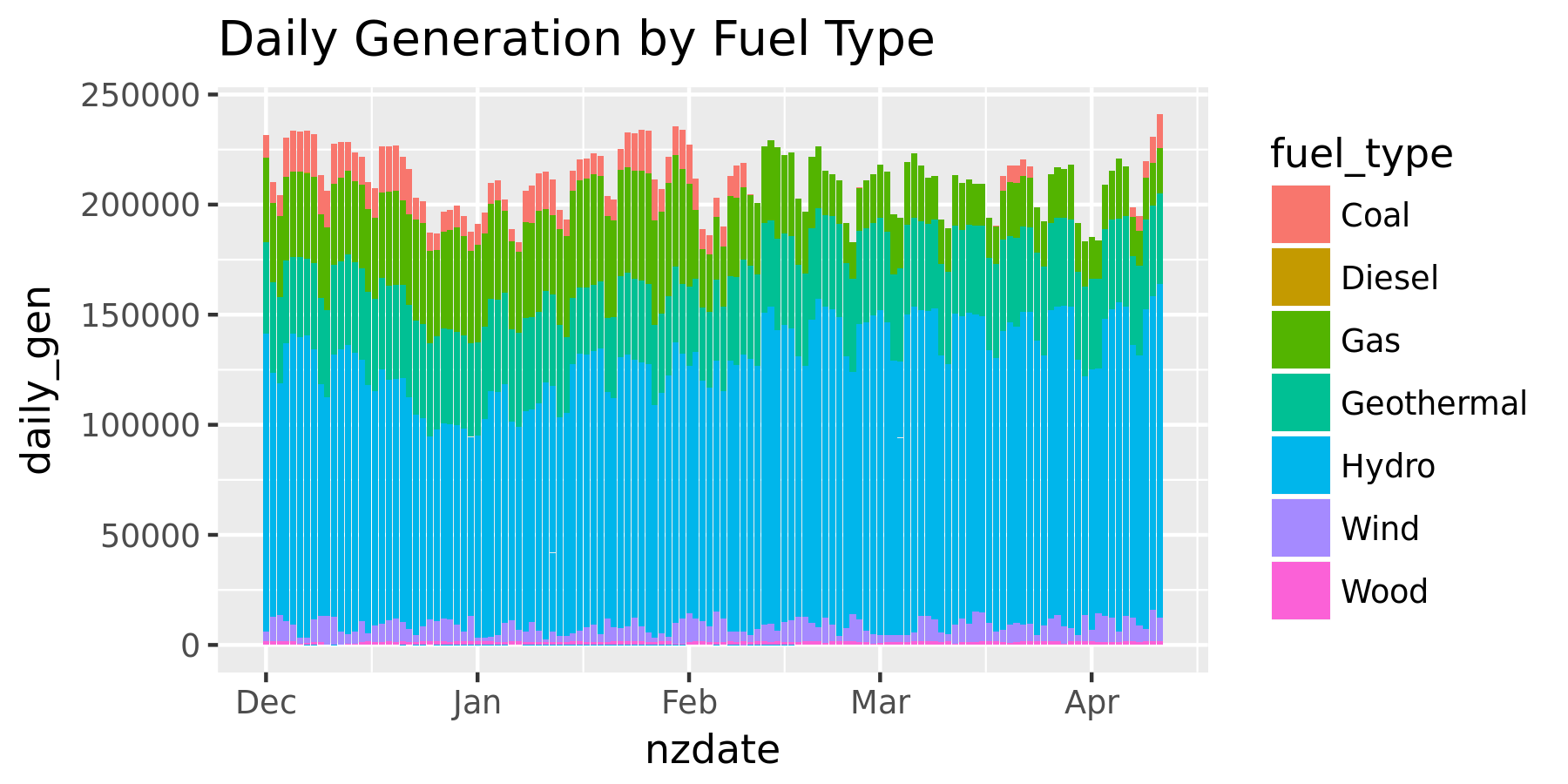 Starting from December 2017 till April 2018, I looked at the daily generation by these 67 plants, and wanted to see the breakdown of what fuel type. It’s especially interesting to me because I work within the electricity industry and I wanted to see when certain power plants were running and how it affected the grid, and the market. Looking at the figure, you can see that the majority of generation is hydro and geothermal.

As you can see from the figure, in December to around February the coal plants are running, which usually means that there isn’t enough water in the lakes to reliably provide electricity. But then by March and April, the coal plants aren’t on as much and there is a lot more generation from hydro and wind. I’ll have another blog post about wind generation later, which is also very interesting because of how geography affects it, and weather patterns.

The coal plants are able to provide electricity at a much quicker response time compared to hydro, which is why it will be difficult to move away from them right now. Hydro suffers from a lack of storage, so it depends a lot upon weather. And the other fuel types I haven’t talked about are wood, diesel and gas. Again the gas plants are usually used when there isn’t enough hydro, and diesel plant is essentially not used at all. The wood plant is from a pulp mill, which uses the pulp byproduct to produce electricity for the mill and also for the grid.

Hopefully this chart has been interesting, because it was interesting to me.